Brazilian born, Miami based artist Yuri Tuma can be considered a digital architect. Yuri, known for his sleek photographs of modern architecture puts a digital twist on his photos which completely re imagines the buildings as new renditions. He uses his camera and also his phone camera to take pictures and later design them into his recognizable kaleidoscope images or fine art. Along with buildings Yuri also creates stunnings works from images of flowers and leaves creating patterned abstractions. In Yuri’s 2010 body of work “Garden” we see how he uses a mirroring effect on pictures of plants to create surreal gardens. Now in 2014 Yuri displays his newest series of digital abstractions in his solo show “Departure” at Butter gallery located in the Gesamtkunstwerk building west of Wynwood. In his newest show Yuri steps outside of his comfort zone by not displaying photographs of architecture or multiple image montages. Instead the direction for the show was to focus on lightness, darkness, heaviness, color and shape. With “Departure” Yuri wants the viewers to leave what they know about photographs behind and look at them differently. All the pieces displayed were infact photographs, while to most do not look as if they are, changing how we think about photos. In the Projekt Raum of the gallery are monochromatic pieces of orbs and striped shapes. accompanied by a painted patterned wall the room created a strong presence in the simplicity. By having a few groupings of pieces on each wall all in black and white and together with the wall connected all the artworks seemingly creating one large piece of its own out of the entire room. In Butter Gallery’s main project space Yuri displays a completely different set of works. As opposed to the Projekt Raum this space focuses on colors and softer edges. On a large wall of the main gallery four large works of spirals are groups together in a quad, each on in a different color range. The soft colors and lines accompanied by the bright colored lights created an airy and light body. Each room had its own distinct identity, though each opposite in color, and darkness both seemed to have a commonality of round shapes. The juxtaposition between the dark Projekt Raum of monochromatic works of hard lines and patterns to the main gallery space of airy colored large spirals created a balance of light, heavy, and dark works. The two rooms show us two of Yuri’s directions in approaching these photographic works, creating another unique series. Altogether the show leaves an impact on the viewer to reexamine what we know about photographs and teaches us to break down images by line, color, shape, and more in order to reconstruct them, just as Yuri Tuma does. 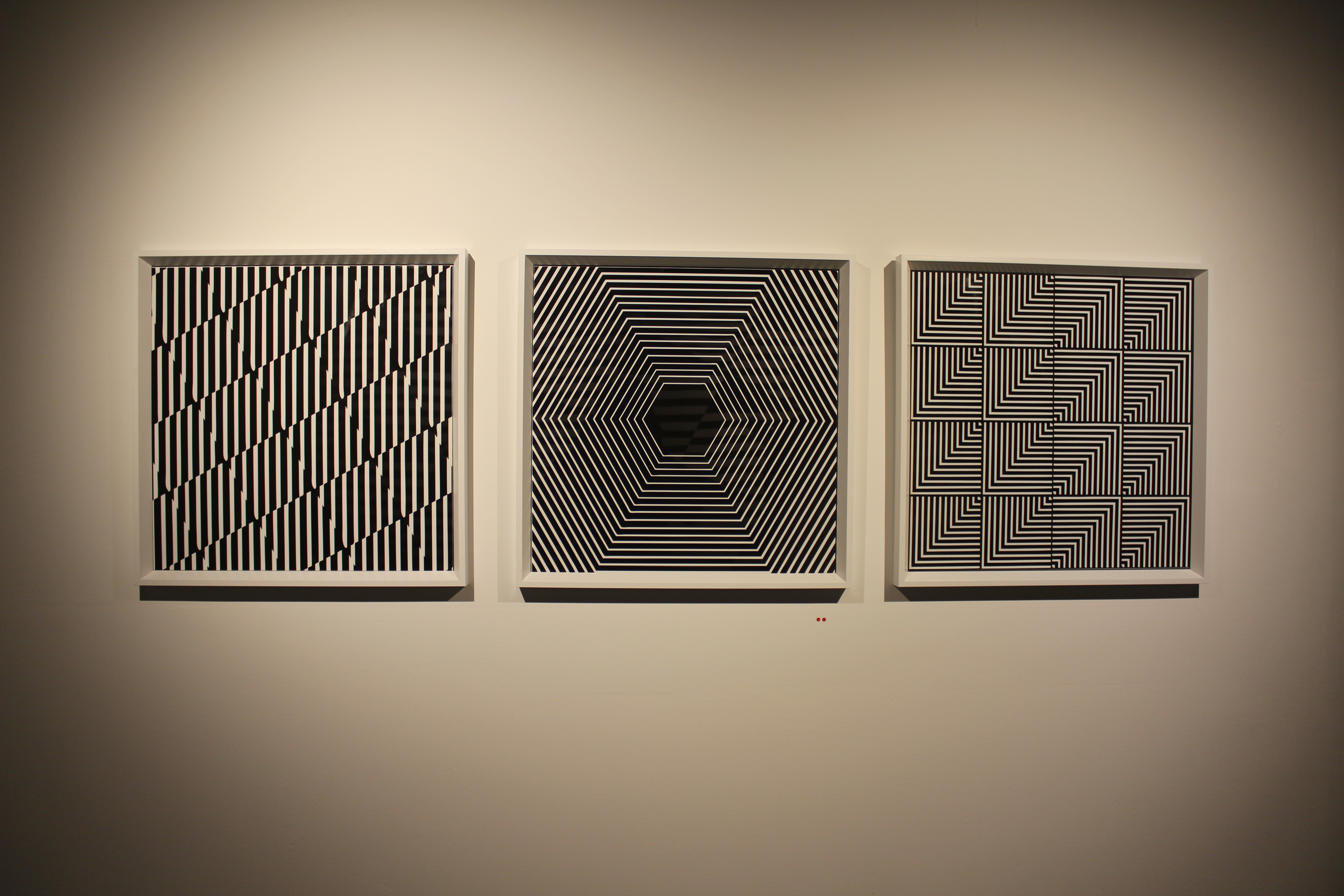 Works on display in the Projekt Raum 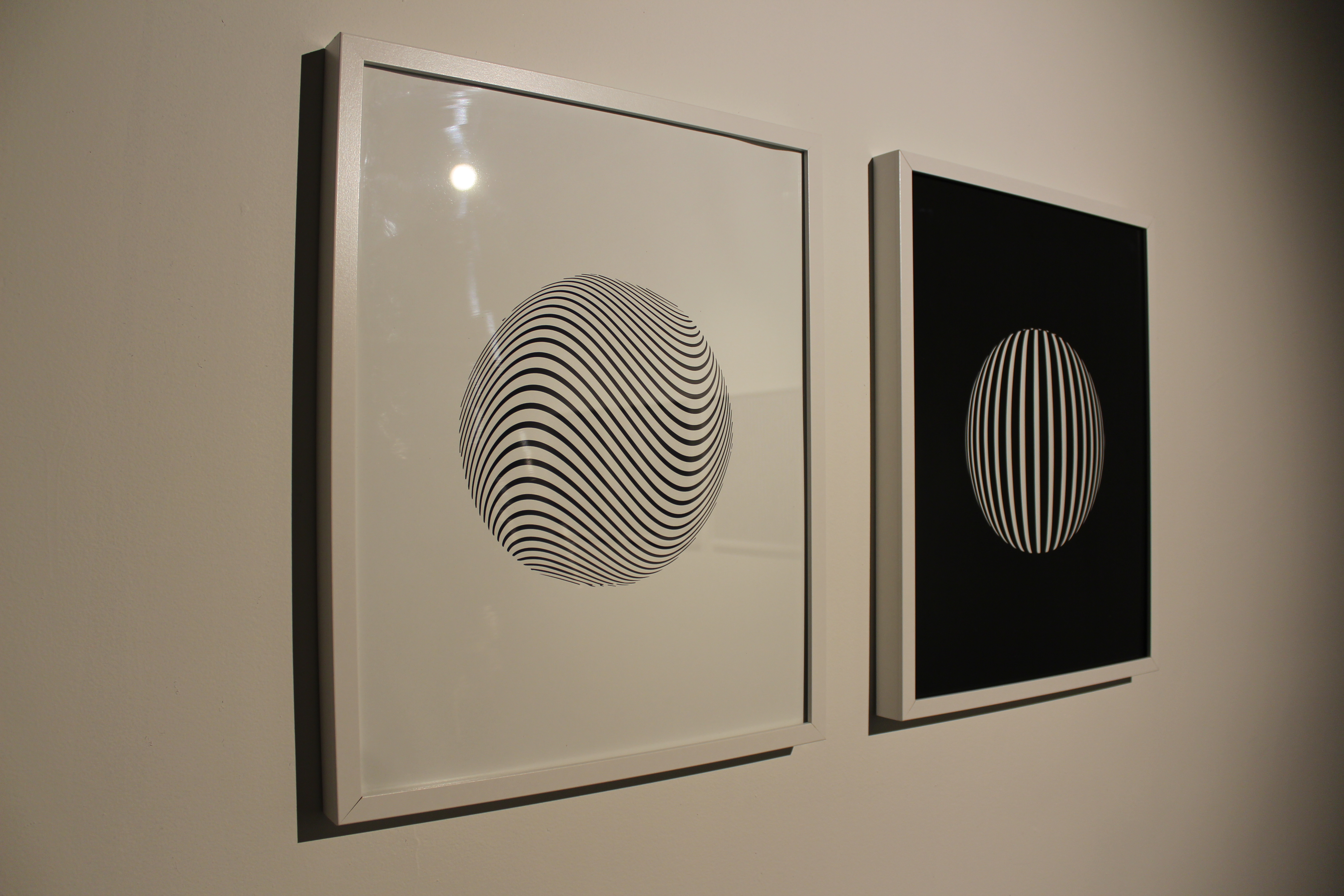 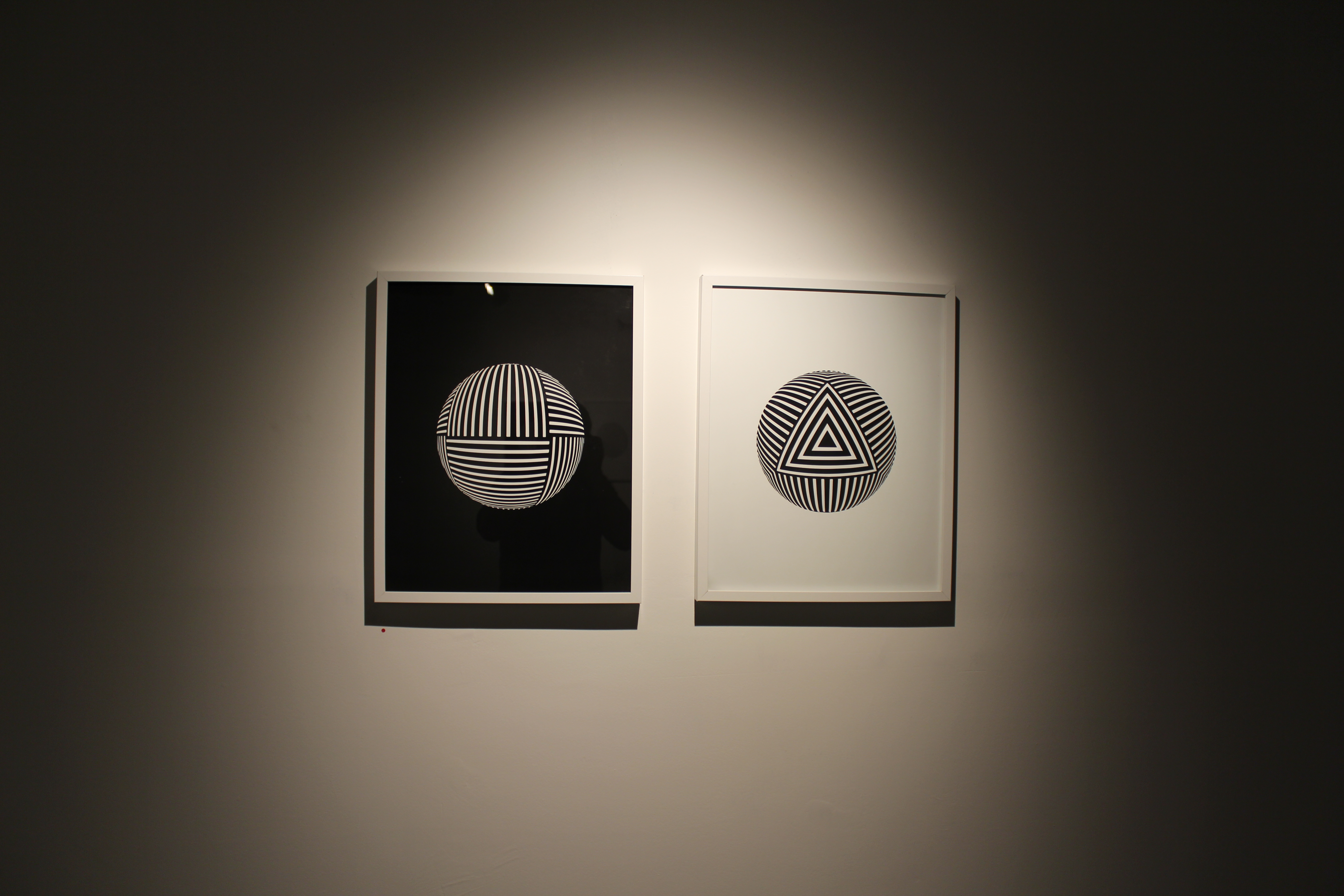 More Works on display in the Projekt Raum 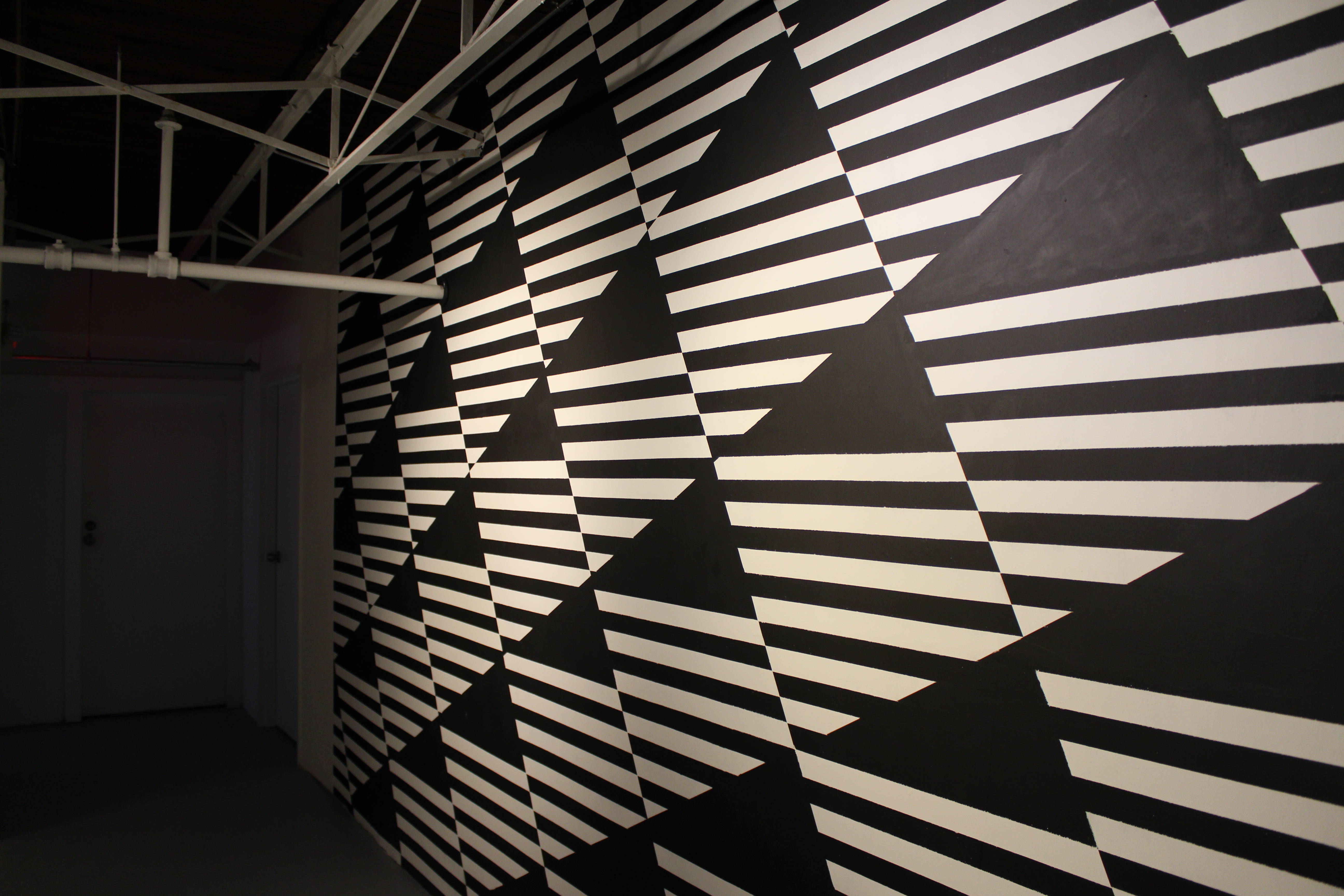 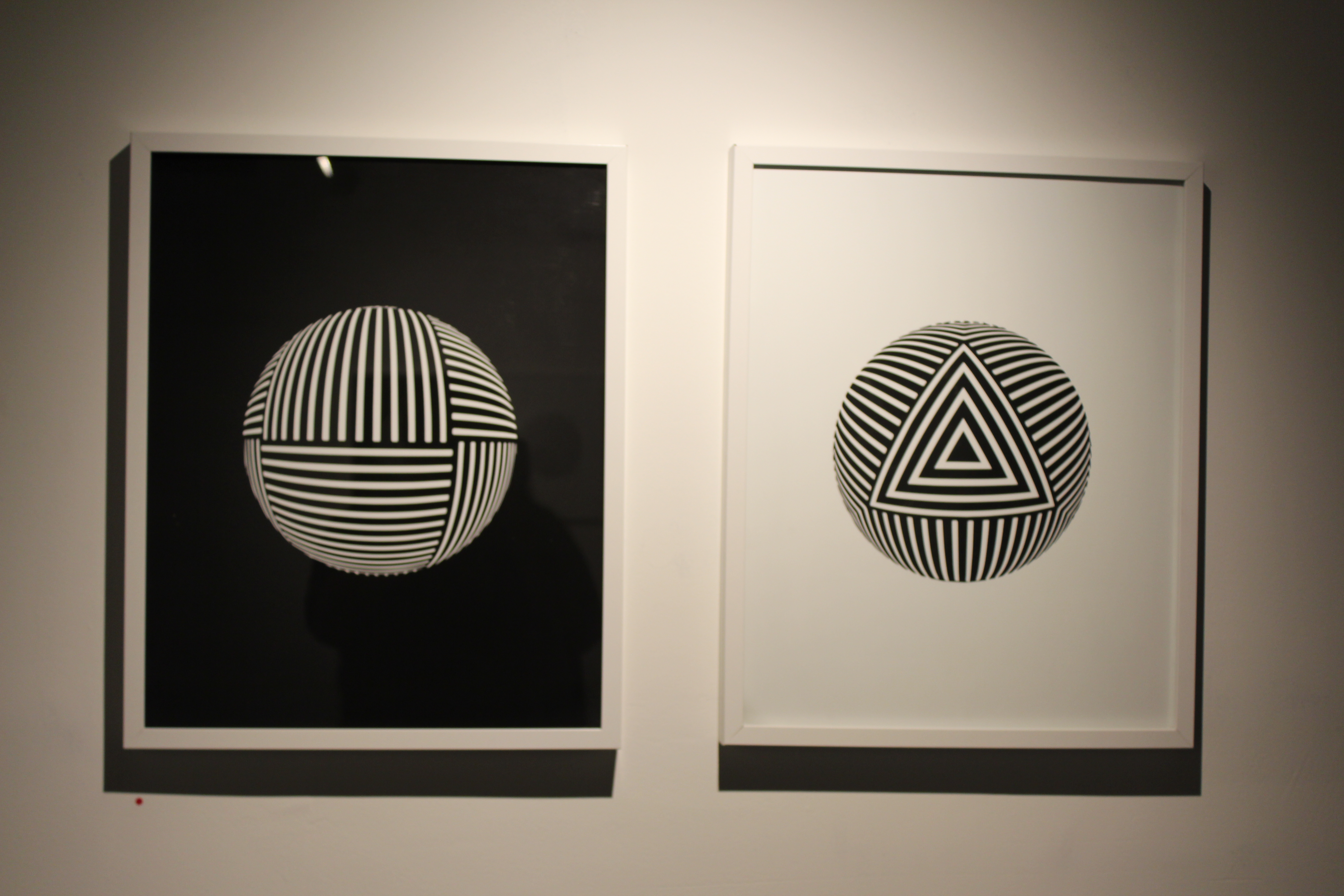 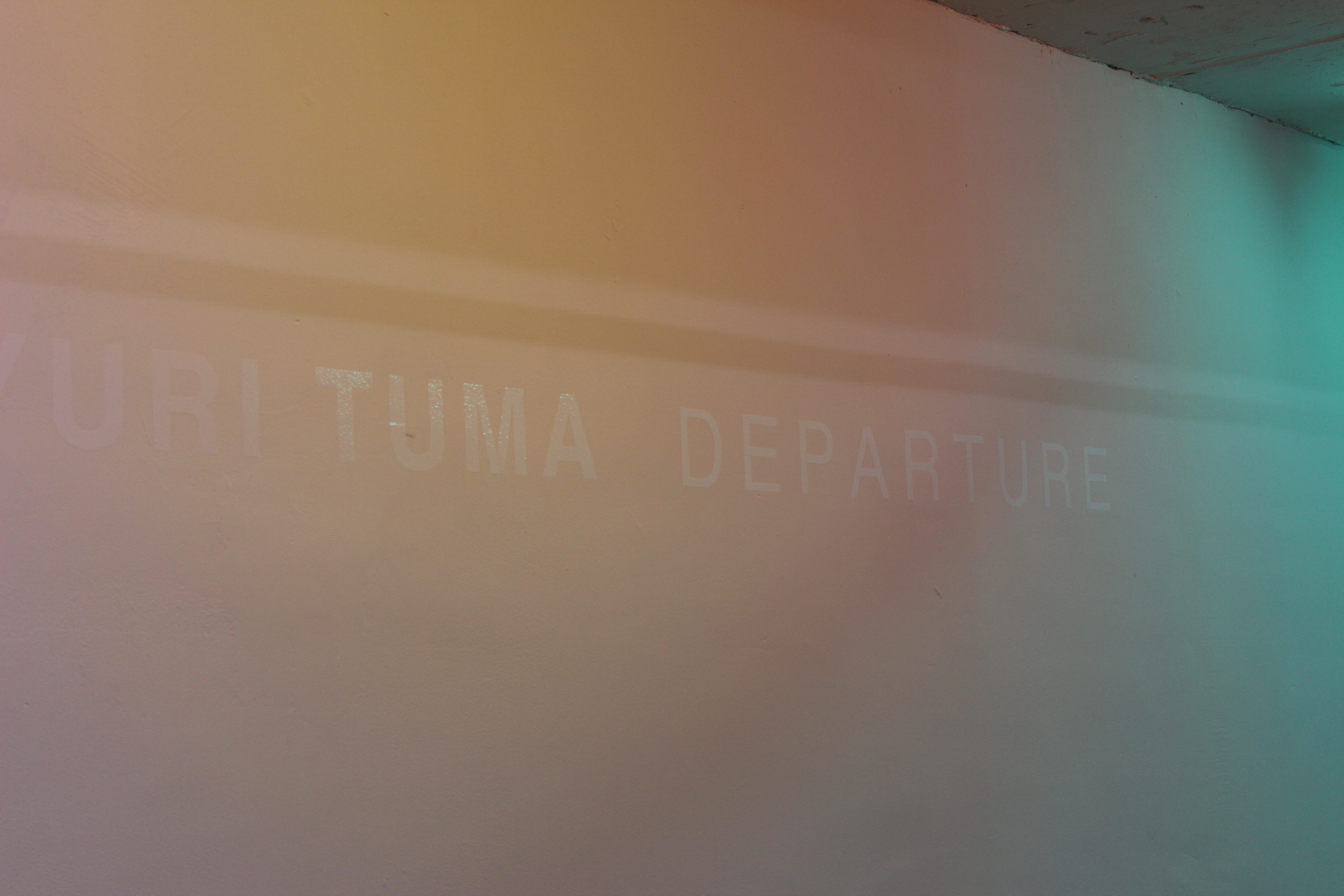 The portion of the show in Butter Gallery's main gallery 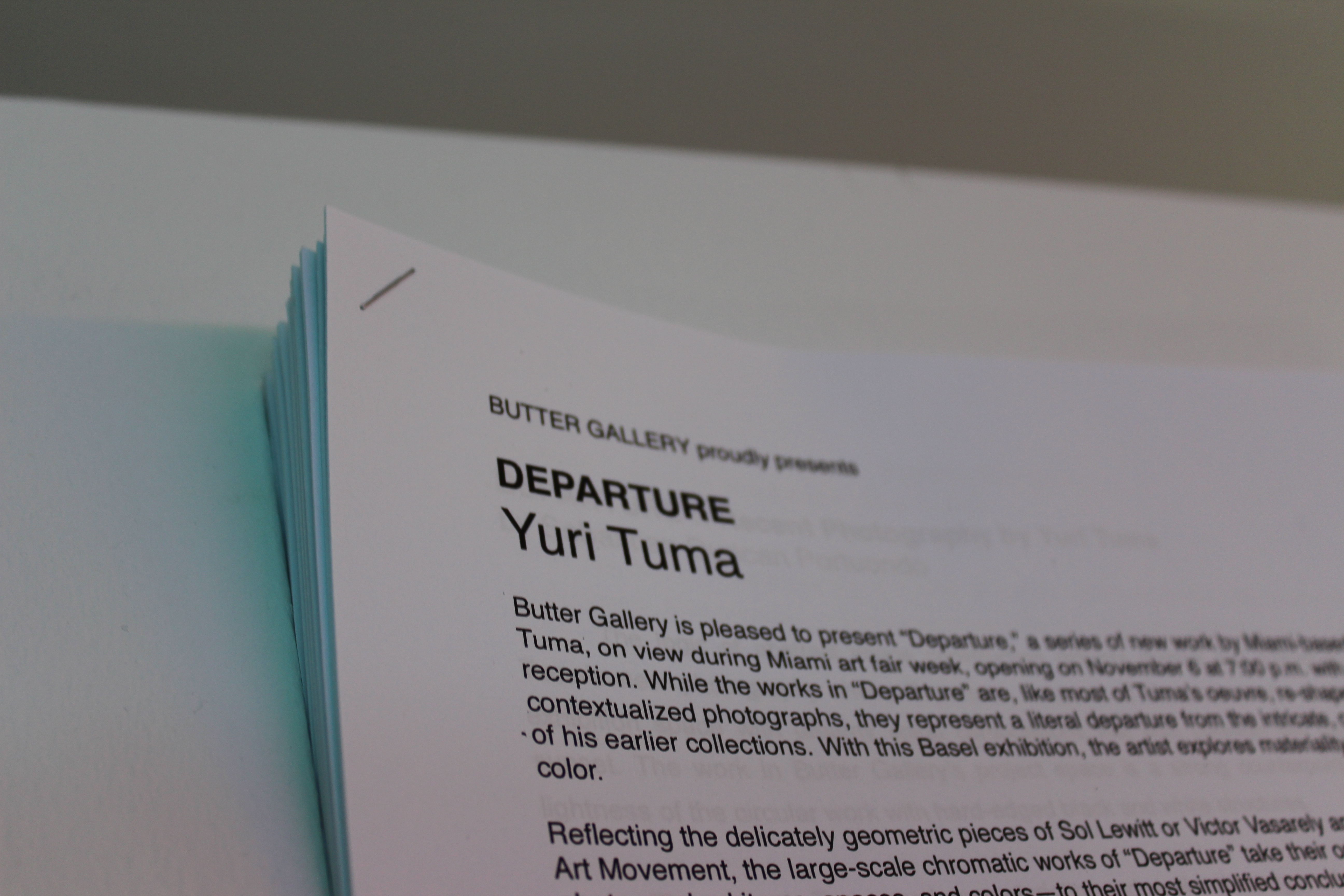 Information on the show 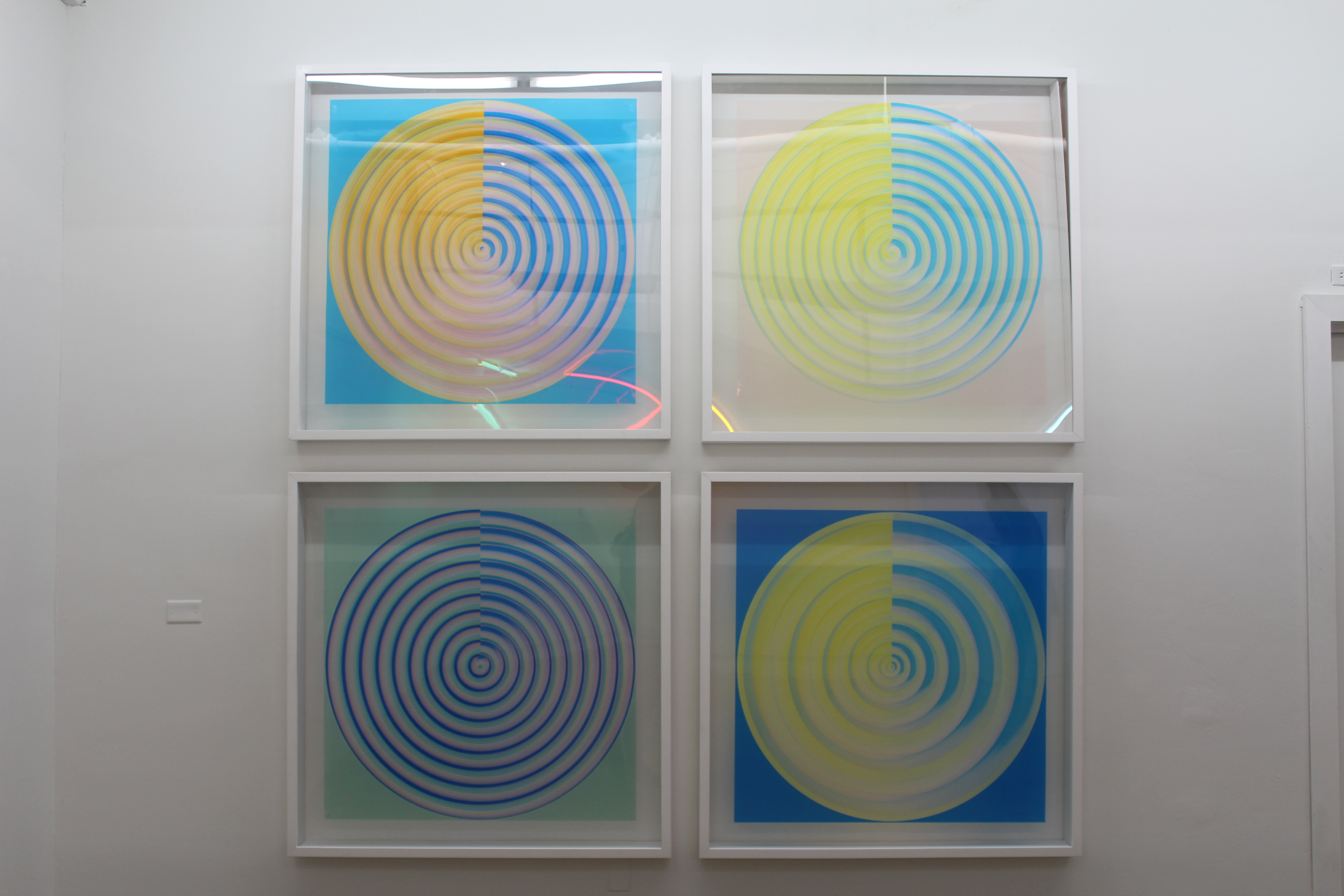 The four main spiral works on display in the main gallery 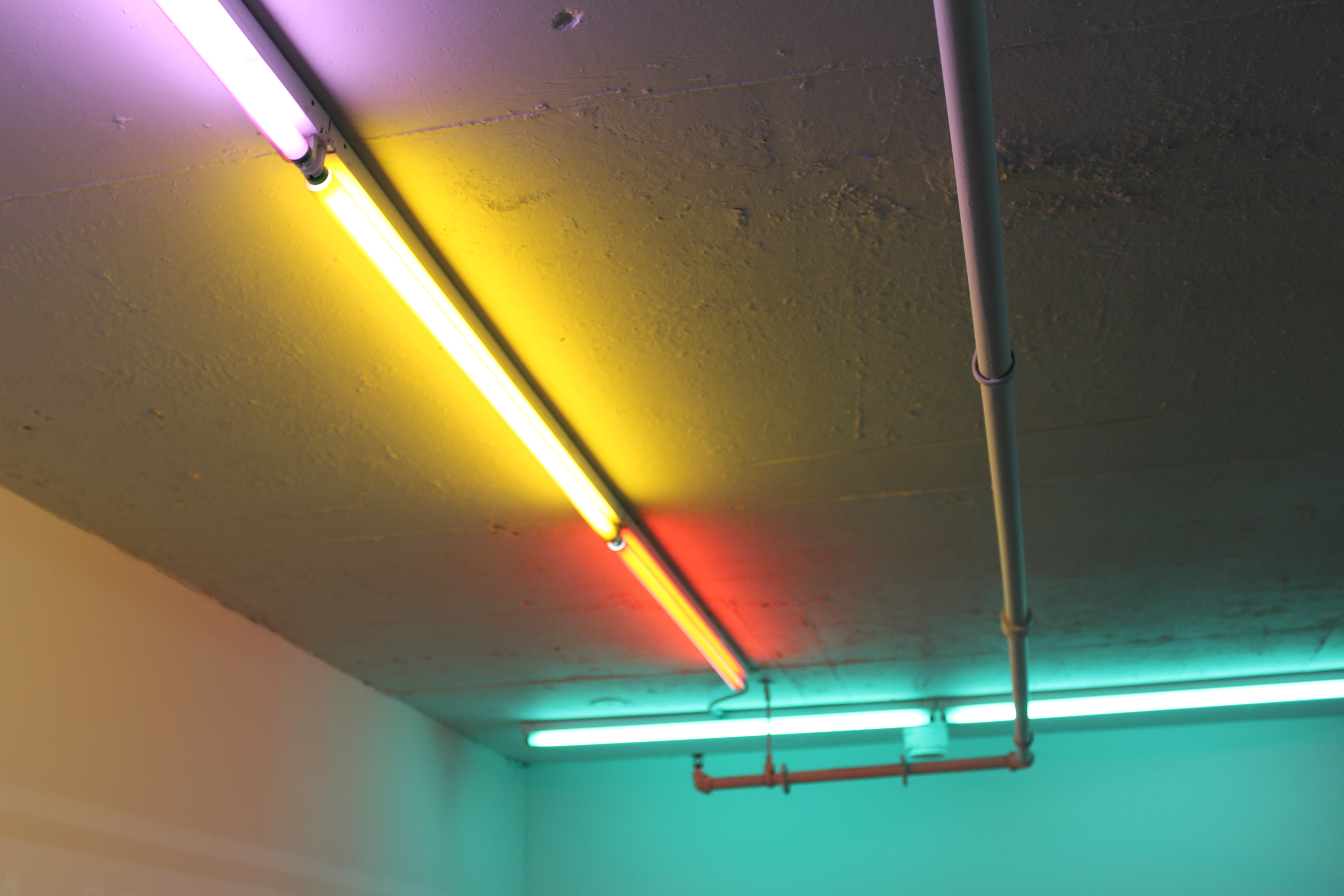 The colored lights in the main gallery space