'Nicolas Lobo: Cash Me Out' at Nina Johnson

This landmark moment in cryptocurrency history not only showed the capabilities of the new digital banking system, but also served as a realization to Miami-based artist Nick Lobo of the quick mechanization of our traditional monetary economy and its impact on our fast-food industry. Lobo’s interest in these topics culminate in his newest exhibition at Nina Johnson entitled “Cash Me Out”.

The celebrated artist, whose shows include those at the Pérez Art Museum Miami, Museum of Contemporary Art, Santa Barbara, CA, and The Fabric Workshop, Philadelphia, PA is known for his use of chemical, often caustic media used to portray themes based on contemporary lifestyle trends and corporeal systems of consumption. Past works have included installations filled with “Niagara”, a once a sought-after aphrodisiac drink in the early 2000s, and a concrete-casted outsized pill shape bearing the Versace logo—a reference to a legendary strain of the drug Ecstasy.

For “Cash Me Out” Lobo references one of the earliest forms of expedited food service; the pizza delivery. While heavily debated, many trace the first pizza delivery to 1889 when King Umberto and Queen Margherita had the privilege of getting a pizza delivered by Raffaele Esposito, the most famous Pizzaiolo (pizza chef) in Naples, Italy. Since its humble beginnings, pizza, the means used to pay for them, and the way consumers receive them has been drastically altered. Today, Apps such as Ubereats®, and Delivery Dudes® provide pizzas of a wide variety a click away. Pizza Hut® even boasts a new promotion in which pizzas can be ordered using a specially designed pair of sneakers. Combining the automated efficiency and consistency of both the delivery and taste of the product has been nearly perfected using proprietary machinery, unique to each brand's identity. Overall, the pizza serves as the perfect case study in analyzing modern food production and digital trade.

While pizza is the most obvious reference in the show, as the backgrounds of Lobo’s wall mounted pieces are carbon fiber pizza boxes, he also explores other artificially engineered foods. Using fries, noodles, peach rings, onion rings, Lucky Charms®, Lifesavers® and more, Lobo investigates the textures and iconic shapes of these foods by using them as stamps, impressing them upon terra-cotta disks. These snacks are especially appropriate as they have been modernized using freeze-drying, dehydrating, flash-frying, and preservative techniques. Although the actual foods are absent, many are quickly recognized, while others create more organically appearing abstractions. Additionally, some of the disks are painted black, white or greyish hues, softening the bridge between the aesthetic of the organic clay and the woven carbon fiber. Accompanying the plates are fragments of pressings taken from ATM interfaces and keypads, which tie together Lobo’s themes of commerce and culinary engineering in unique compositions.

The resulting pieces highlight the stylized nature of these products, yet retain a sense of organic sculpture. The individual disks can be likened to satellites or petri dishes of bacteria and other biological matter. The works as a whole can be seen as a scientific sampling study and research survey. Nevertheless, they present the ambitions of industrially perfected foods despite their rather meek status among American culture. “Cash Me Out” cleverly challenges the relationship between value and engineering, showing that service and craftsmanship are not always tied to monetary reward or societal praise. Rather, the media (bitcoin or dollar) which we designate to these items can regulate their worth throughout time. 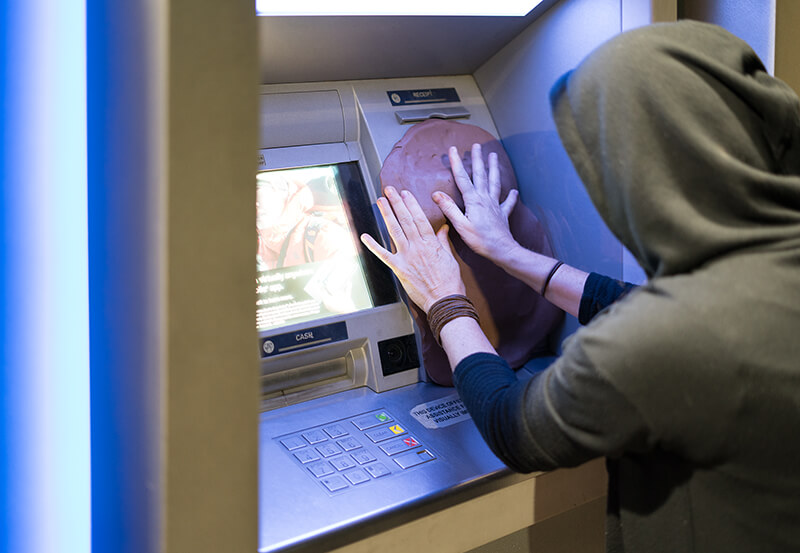 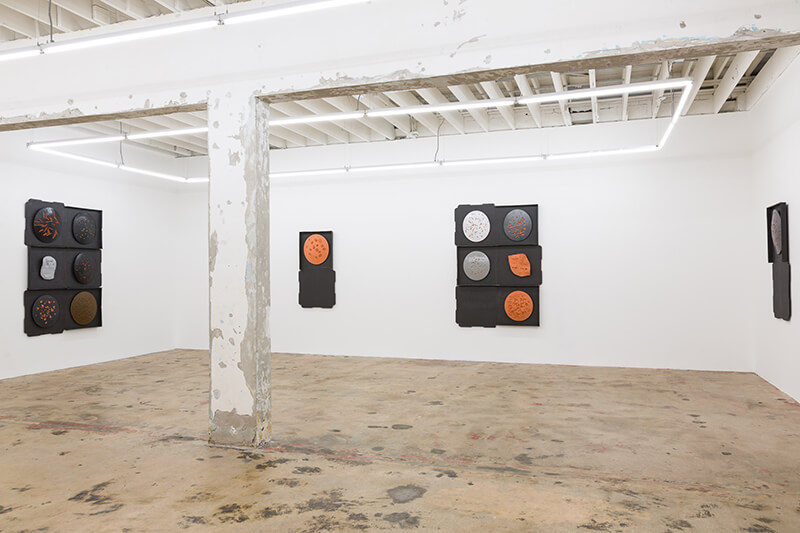