Daniel Arsham: The Future was Written

Amidst a successful and globetrotting career in the contemporary art world, acclaimed sculptor and local hero Daniel Arsham returned to his former home of Miami to produce yet another bold and exciting exhibit. Following his historic installation “Welcome to the Future” at Locust Projects less than a year ago, Arsham created another exciting installation featuring his iconic calcified objects of various rare earths, organics, and other synthetic materials in an entirely new way. Curated by newly appointed Perez Art Museum Director Franklin Sirmans, Arsham presented “The Future was Written” in honor of YoungArts Awareness Day. Set in the YoungArts Gallery at the Bacardi Building, Arsham piled 2,000 of his signature “future relics” made of white chalk in rooms surrounded by black walls. He then, unlike any traditional exhibit, invited his audience to pick up items, search through the piles, and use his pieces to create chalk drawings of their own on the surrounding black walls.The objects in the exhibit included antique cameras, hands, Mp3 players, masks, phones, microphones, casted faces, and others. Arsham explains that these items are all used as methods of communication or used to convey a message. It was then up to the audience to use these tools to leave their own mark. The writings, drawings, characters, and tags quickly accumulated, filling up the installation space. Attendees watched and participated in the devolution of each object as they marked, drew and wrote. As the drawing grew grander the used objects began to creak, break, and disintegrate. All together the idea of creating while destroying followed perfectly with Ashram's well known themes of futuristic deconstruction. On the second floor Arsham presented some more of his sculptures, but placed in a more traditional gallery setting. These objects ranged from guitars and basketballs to phones and American flags. The exhibit, accompanied by a Salon featuring the artist himself, created a grand spectacle in honor of Arsham’s installation and homecoming. 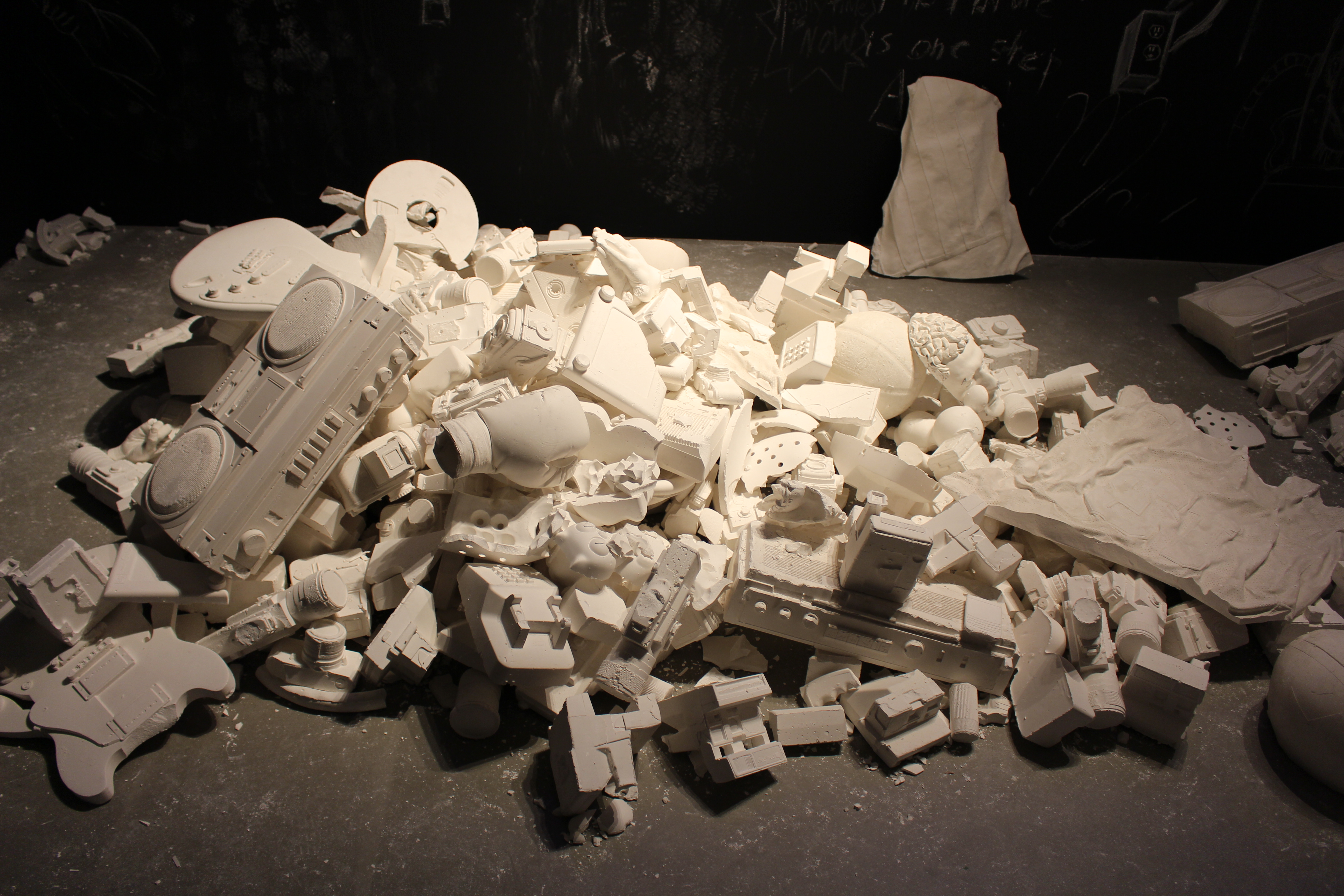 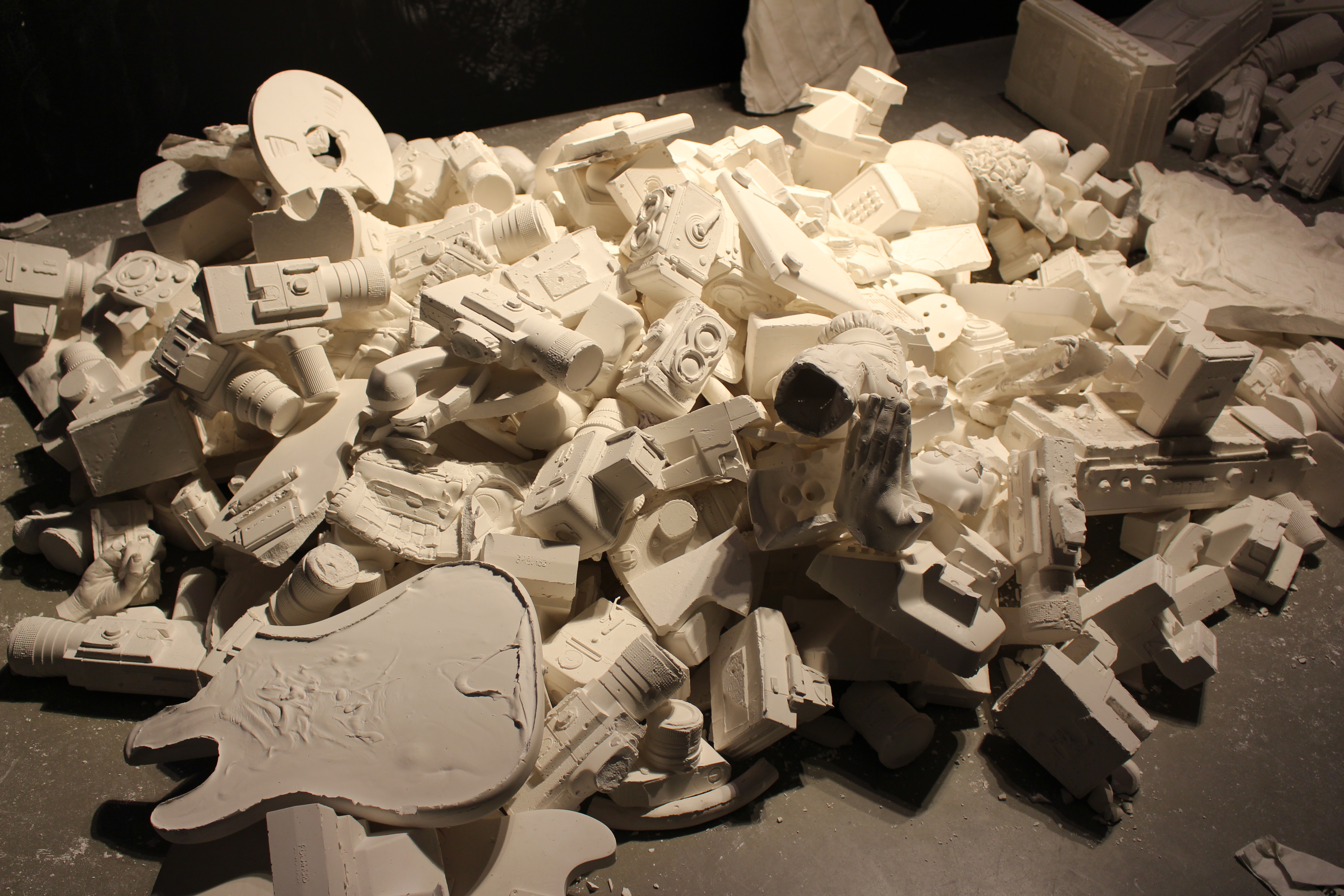 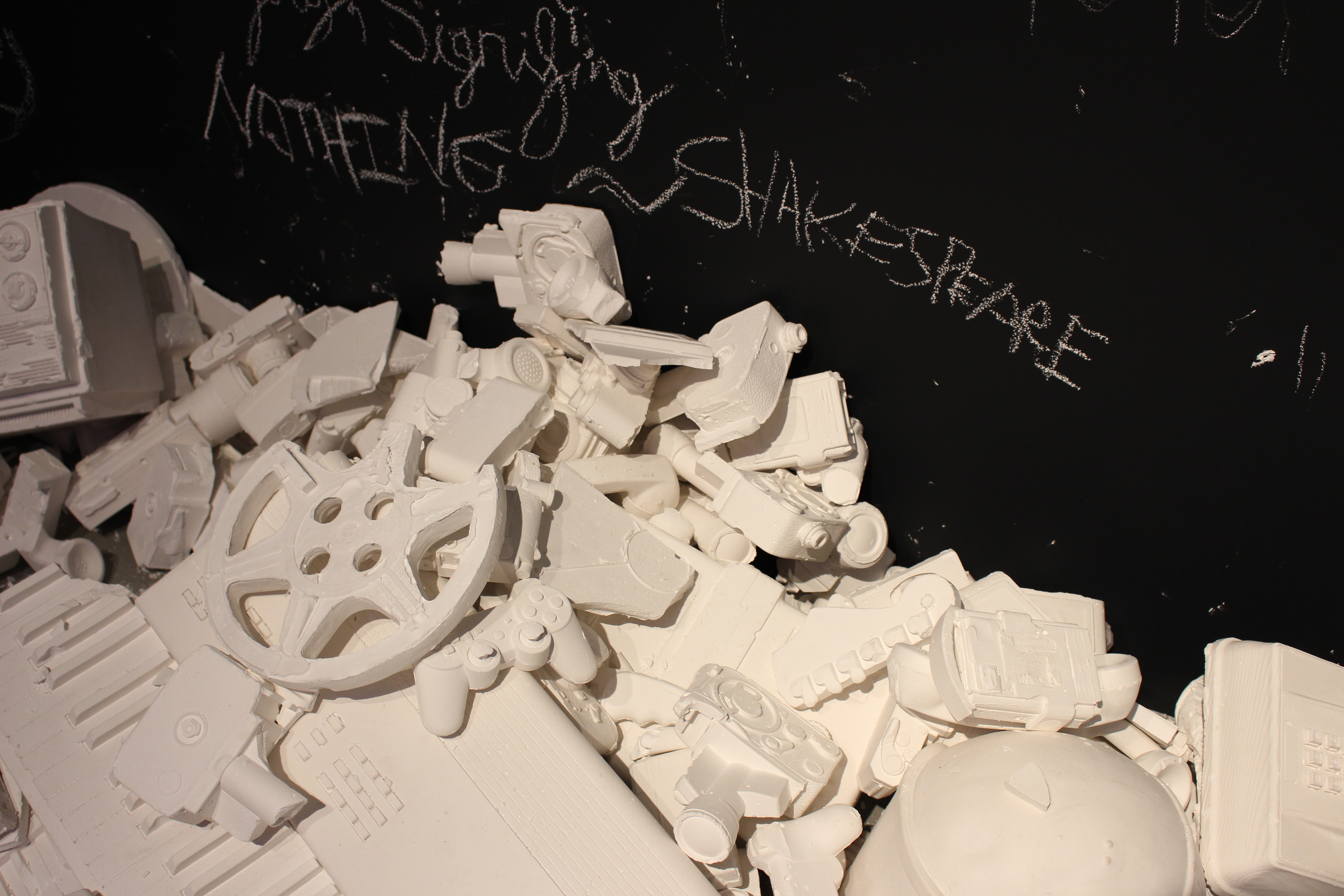 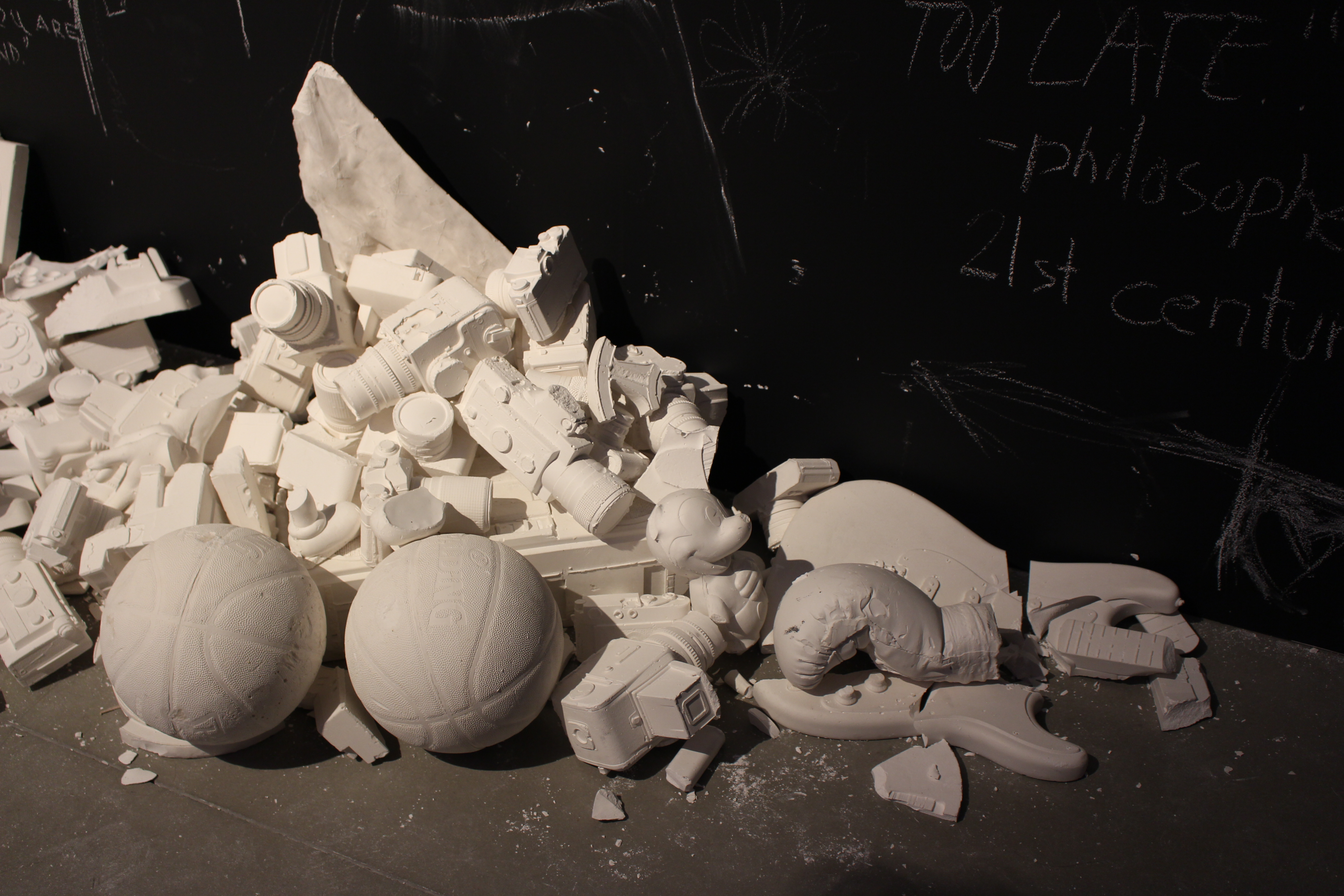 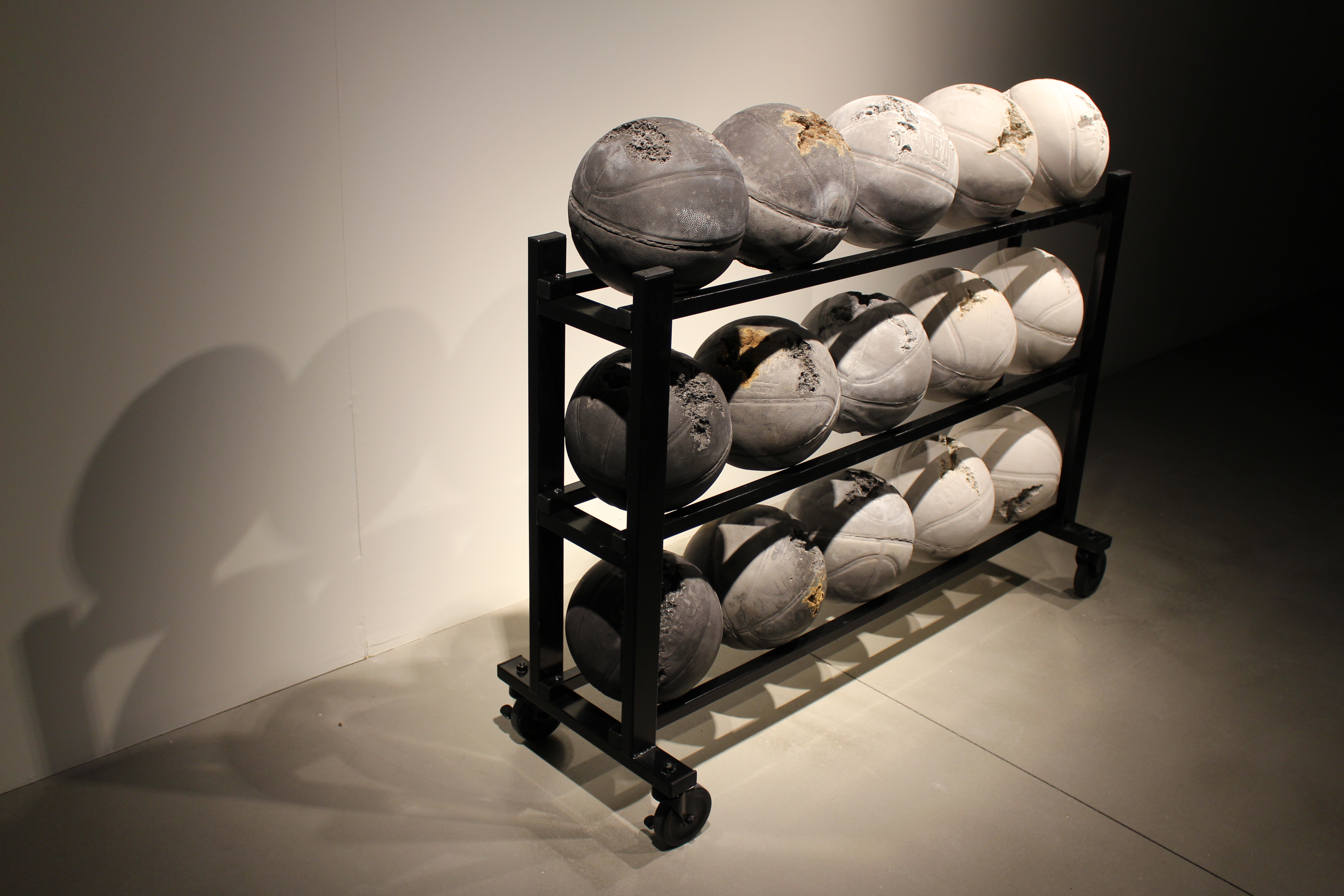 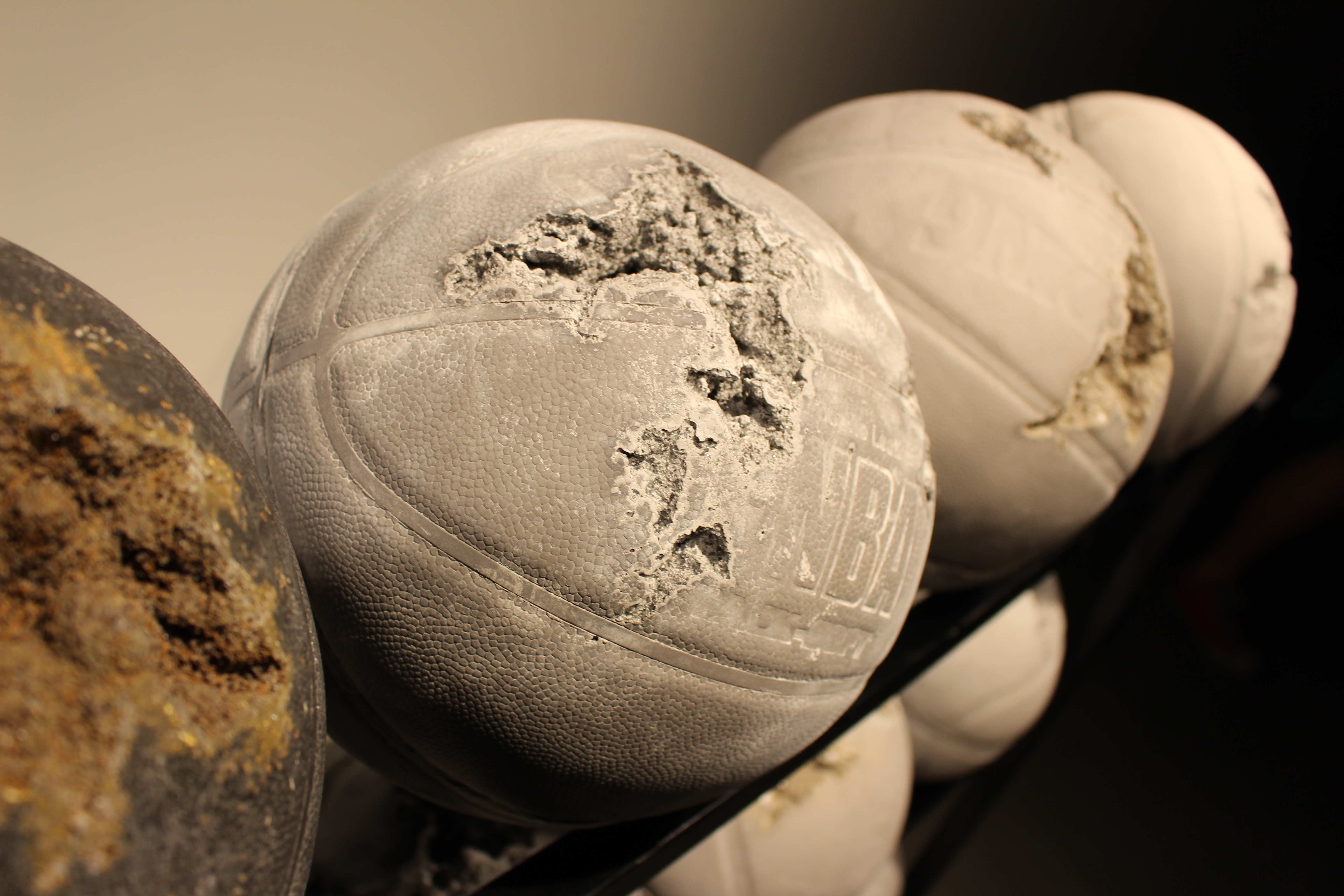 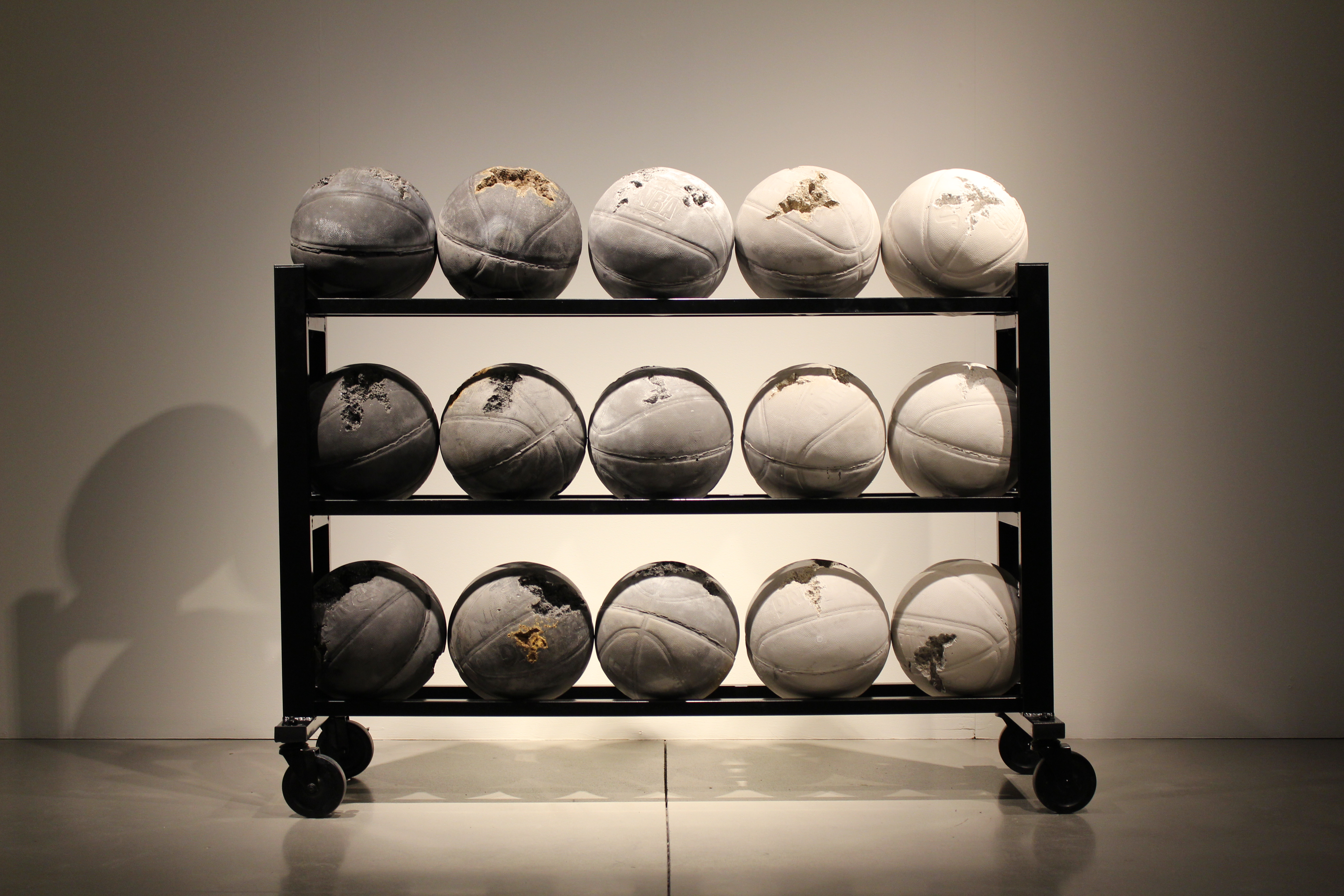